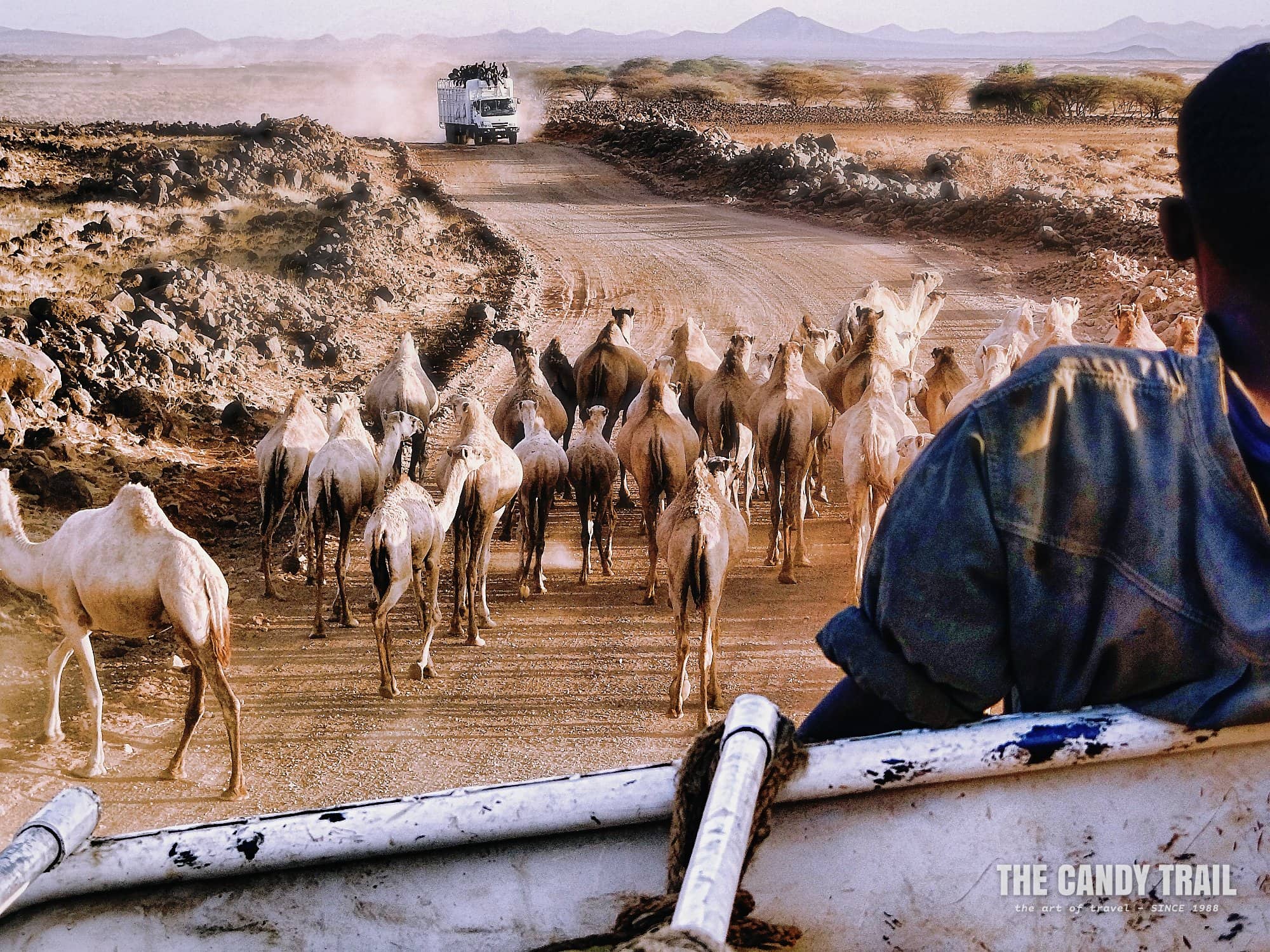 Hitchhiking Moyale to Marsabit – On a truck Across Kenya

Traveling a top of a truck from Moyale to Marsabit wasn’t a journey I was looking forward too.

You have no choice on border crossings between Ethiopia and Kenya

Repeating this route – there’s no choice because of the lack of other viable border crossings – traveling across remote northern Kenya, from the Ethiopian border at Moyale to Marsabit and then onto Isiolo, was a rough journey of 500+km that I knew, would not be easy nor fast.

Riding for days on top of bouncing cargo trucks; the only public transportation between Moyale to Marsabit.

But the same journey (going north to south; last time it was the opposite direction) in 2013 is not as arduous or as dangerous as yesteryear.

(Although on the bus from Marsabit to Isiolo we had number of soldiers as an escort as inter-tribal warfare in the north has been threatening this route).

Now, it’s just one day to Marsabit – by truck is the most likely transport but a daily battered-bus also crashes along the still rutted dirt track.

I arrived too late to get the bus to Marsabit.

And so by 9 AM, I was again on top of a truck for the journey.

Now the Chinese have resurfaced about half the distance, so these days a few buses service the route.

In 1994, it was a crazy adventure riding trucks from Isiolo to Moyale last time (that story will emerge eventually within an e-book).

But this trip in 2013 was without drama and straight-forward, if still a bit long and uncomfortable.

If you want to leave early – the best option, as it will be a long journey – stay at a hotel in the Kenyan side of Moyale overnight. I stayed in Ethiopian Moyale and by the time you walk to the border, get a Kenya visa-on-arrival (for most nationalities @ $50) early buses have departed. (But there could be overnight buses by now?)

For the truck hitch, which is actually a paid ride, allow about $20 per person.

Use sunglasses, sunblock and hat or wrap your head in a sarong to avoid sun – and dust.

Have music and earphones to enhance the long trip.

If in the mood to socialize, buy some qat and beer to share with the locals on top of the truck; it can be quite a party!

Expect the journey to take all day (unless the asphalt road is finished).

The second stage of what was one of the worst “highways” in Africa is traveling on to Isiolo.