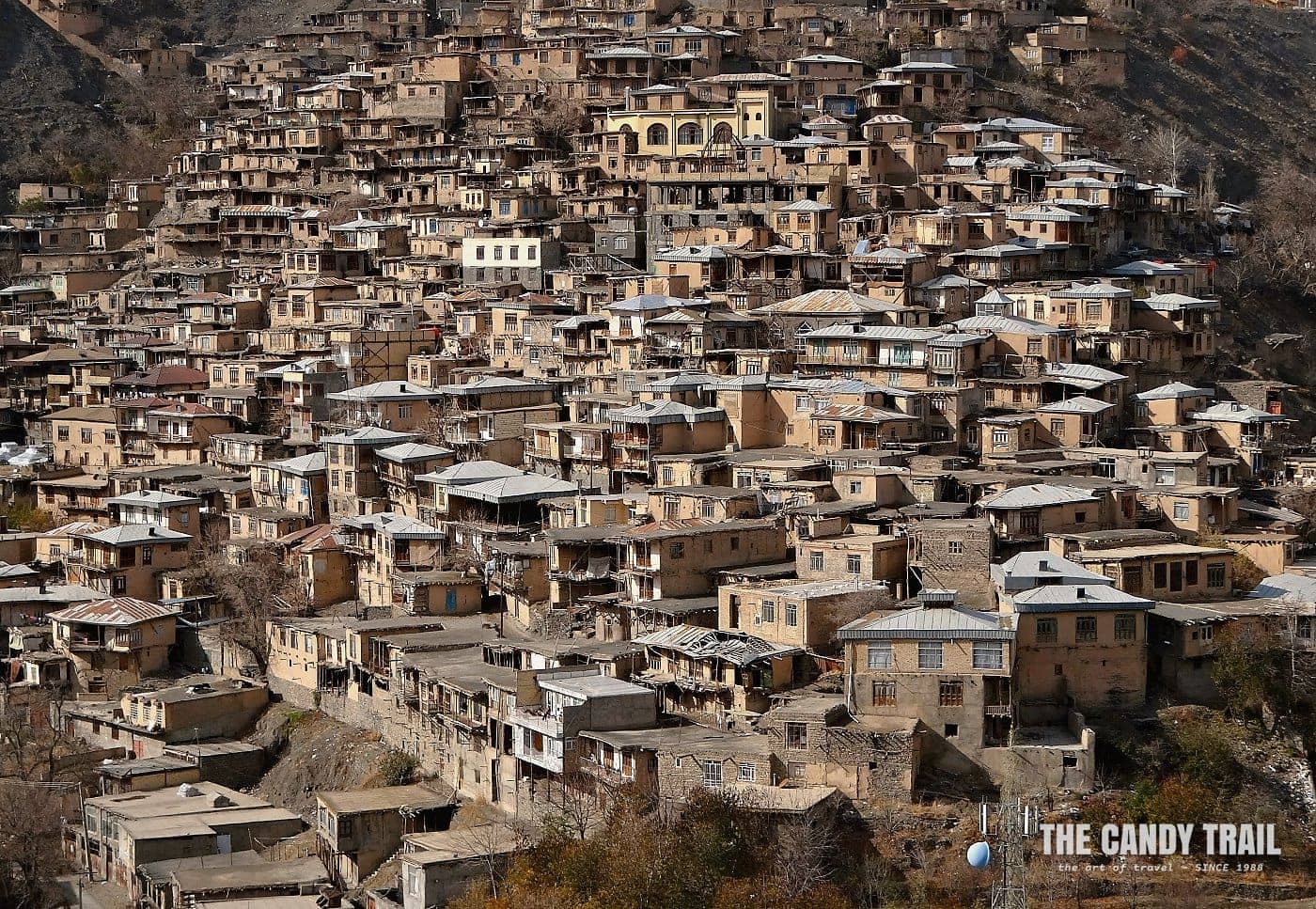 The blacksmith sucks on his water pipe beside the warmth of his fire. His earth-walled workshop reeks of dust, grit and old metal.

But he’s all smiles when he welcomes this stranger.

Around us, the ancient village of Kang climbs the mountain in a stack of earth walls, balconies and roofs. In the narrow lanes between, stone stairs duck beneath overhangs while the occasional woman works in an alley.

It feels so isolated here, in winter.

Only the crackling flame and his good-humored Farsi – but I understand nothing, except his offer to draw on the pipe.

Getting to Kang village is best done by taxi from Mashhad

While a bus maybe possible, they will definitely be infrequent.

But rather than make him wait around (costs extra), I visited at my leisure and took the taxi one-way, and walked and then hitched a – *paid; equal to $US 3.5 – ride back to Mashhad.

Actually, he dropped me at an outer metro station (still 30 minutes by train into the center of Mashhad, near the Imam Reza complex).

*NOTE: There was SO LITTLE traffic that a ‘paid ride’ was a blessing. He wouldn’t bargain on his price, yet a similar ride in the taxi had cost 2.5x more (100,000 rials).

And on this day, the weather zipped from cold winds and light rain to sunshine, every few minutes.

Kang’s origins date back to antiquity

Kang is located at an attitude around 1000 meters on the slopes of Mount Binalud, and apparently, it’s origins reach back over 3,000 years!

One story says, the village was first settled by bandits as a hide-away.

The naming of ‘Kang’ village is lost in time

However, it assumed that the naming of the village goes sometime like this:

Kang means “a strong claw living in the mountains” in the local dialect and could translate as a strong fortress or the strong claw of a bird.

But in winter, I didn’t see anything.

For the best views of Kang village amid the surrounding mountains, cross the river in the valley and wander up the opposite hill for 15- 20 minutes.